During a special lunch-time event at the Mobile World Congress in Barcelona today, Facebook's CTO Bret Taylor introduced a number of new industry-wide initiatives for the mobile web. Facebook is also working with a number of other vendors to define better web standards that can be implemented across devices to ensure that users can get a consistent mobile web app experience across devices. The Core Mobile Web Platform, as this new group is called, will work to ensure that there are very specific mobile web standards that developers can expect to be available across devices and mobile browers.

The better you write, the higher you go in Ogilvy & Mather. People who think well, write well.
Woolly minded people write woolly memos, woolly letters and woolly speeches.
Good writing is not a natural gift. You have to learn to write well. Here are 10 hints:

1. Read the Roman-Raphaelson book on writing. Read it three times.
2. Write the way you talk. Naturally.
3. Use short words, short sentences and short paragraphs.
4. Never use jargon words like reconceptualize, demassification, attitudinally, judgmentally. They are hallmarks of a pretentious ass.
5. Never write more than two pages on any subject.
6. Check your quotations.
7. Never send a letter or a memo on the day you write it. Read it aloud the next morning — and then edit it. 8. If it is something important, get a colleague to improve it.
9. Before you send your letter or your memo, make sure it is crystal clear what you want the recipient to do.
10. If you want ACTION, don’t write. Go and tell the guy what you want.

Last week, I interviewed marketing consultant Matt Langan on the Straight to the Point podcast series. Matt is the CEO of L&R Communications and is also the editor-in-chief of GotGeoInt.com, the nations preeminent geospatial intelligence blog.

Two years ago, as social media was starting to be adopted by marketers targeting the government customer, Matt and I had a great discussion about how companies needed to adopt a more aggressive content marketing approach in order to successfully grow their government business.


What has changed since then? Did our predictions turn out to be accurate?

You can listen to the podcast here: Interview with Matt Langan

What did we cover?

Interview with James O'Brien- Part 1: How to Get Started with Mobile Marketing

Last week, in the first of a two part series, I interviewed mobile marketing consultant James O'Brien on the Straight to the Point podcast series about how companies can get a mobile strategy started and where mobile marketing is headed.

I've known James for twenty years and admire the expertise he gained from working with commercial, political and government clients in his career. An expert in online marketing, email compliance and privacy regulations, James is the founder of J Obrien Global and is currently a partner with MobiMKT, a mobile application development agency.

You can listen to the podcast here: Interview with James O'Brien- Part 1: How to Get Started

What did we cover?

All Companies are Publishers Now- Are You Making News? 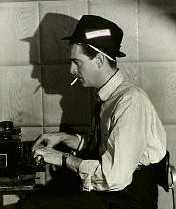 Have you really taken to heart the idea that social media channels require new kinds of content? Are you really making an effort to create stories that people will value, or are you still just tweeting your press releases?

You (and your company) are a publisher now...don't believe me? Do you believe the New York Times?

By creating in-house content, social Web sites can increase the amount of time that users spend on their sites, thereby increasing their value to advertisers.

Andrew McLaughlin, a vice president at Tumblr, said that in telling stories about its users, the company wanted Mr. Mohney and Ms. Bennett, the only two hires for the time being, to “do real journalism and analysis, not P.R. fluff.”

“Of course, it’s obviously in our self-interest as a company to surface more compelling stories about creators on Tumblr; at the same time, though, we think Chris and Jessica will be able to do so in ways that embody professional rigor and first-rate writing,” he said in an e-mail message.


In the savage battle for mindshare, web traffic and influence, do you have ex-journalists and editors crafting professional stories, or did you assign that job to the twenty-something who is on Facebook all day?

Something to think about...