Just a quick post on this President's Day to point out that today is the ten year anniversary of the passing of Harry Caray. I was raised in a suburb of Chicago where Harry was a near deity. People mostly think of Harry as the famous announcer for the Cubs, but he was first an announcer for the White Sox, which was my childhood team.

Here is some video of Harry singing "Take Me Out To The Ballgame" at the old Comiskey Park.

Marketers are talking a lot now about authenticity and brands. Harry Carey was a real as you can get and his trademark glasses were an almost perfect brand for him. So much so, that when I see those odd shaped glasses, I immediately think of him, Chicago, and a fun, happy-go-lucky attitude that he personified. 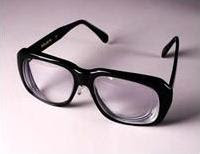 Can you see a man like this becoming an announcer for a mass media outlet these days? Ummm, no. But he had a special, uncommon quality that drew Chicagoans to him. Rest in peace, Harry, rest in peace.