I had coffee this morning with Geoff Livingston of Livingston Communications and author of the Buzz Bin, among other blogs. We're friends from way back in the day- we went to college together back during the Taft Administration. We always have excellent conversations about PR and business, and this morning was no exception. I've been "buzzed" all day thinking about our discussion.

I've never been a bleeding edge innovator, rather an early adopter watching the innovators and trying to figure out how to make money for myself, my clients or my employer.

I discovered Telnet bulletin boards in 1991
I hopped on the Internet in 1994
I got a cellphone in 1997
I learned to code html and create websites in 1998
I experimented with PostNuke in 2003 but didn't start this blog until this year
I never really MySpaced, joined LinkedIn in 2004, and set up my Facebook profile in July
I don't twitter

All pretty early on, but those are dates that would get me laughed out of a slashdot forum...

The point is...I think this gives me a bit of perspective on some of the hype around social media stuff...

My agency's clients are similarly located in the PR technology lifecycle adoption cycle as me. There is a lot of talk about social media and web 2.0 but budget dollars are only being allocated for things that can have a really defined, measurable affect on the bottom line. ROI is important. Fear stalks the land in many cases- there are too many cases of PR professionals making humiliating, career ending mistakes for them to take a cavalier attitude. But more importantly, most companies, especially the publicly traded ones, are operated so leanly that there isn't much budget and even less time for untried, unproven techniques.

Still, all these new mediums are being looked at carefully. Mass communications is clearly becoming a smaller part of the pie. Just one look at the title of a piece in BusinessWeek on the CEO of Saatchi & Saatchi-- "The Struggles of A Mad Man" -- tells you everything you need to know. Everyone knows by now that the ground is shifting to direct (online) marketing and PR, and that the PR playbook is being revised on the fly.

Social media is PR because it has to be earned. You can't buy credibility, authenticity, or community. Without taking the effort of tailoring a company's message to the medium, time, tone, preferences, group dynamics and individual personalities of its prospects, customers, employees, critics, reporters, analysts, editors, cheerleaders and investors in such a way that builds a beneficial relationship with each of them, PR will go the way of the ad guys and struggle for relevance. (you know, coalition building? I'm sure you've heard of it.)

Blogs, twitters and all the future tech advances in communications are merely additional mediums, or tools that allow us the opportunity to "earn our PR". The tools have changed over the centuries, and will continue to do so. The basic concept, and purpose, of PR remains the same (cue Led Zeppelin).

PR, when done properly, is a pain in the ass. To do it right, you have to really, really love it. Still, too many PR shops cut the corners and brainlessly mass email a media list, make fifty calls, leave fifty voice mail messages and then call it a day. I don't know what you call this, but it ain't PR.
at 11/29/2007 01:50:00 PM No comments:

Well, here is some interesting news...Google is having an influence already in the mobile industry. Verizon announced today that it will start allowing third party apps and any phones on its network and will reach out and open its network to developers.

Verizon has been known historically as the toughest carrier with regards to protecting its walled garden, so this is some pretty major news. Think Microsoft is excited? Check out their quote:

"Microsoft is very excited to see Verizon Wireless make such a bold move to satisfy the demands of wireless customers," said Peter Knook, head of the company's mobile communications business.

I've had a Microsoft Mobile powered phone (a XV6601) on Verizon for years now and have been a generally pleased costumer. Apple's genius at rolling out a average product with great design and great marketing is well-known. It continues to amaze me how slow Microsoft and its carrier partners are to trumpet the capabilities of its devices.

Hey y'all...it's been a busy few weeks for me, so I spent the Thanksgiving weekend relaxing and it felt great.

Added to the joy was the satisfaction of seeing my op-ed article appear in the Bulldog Reporter, a great informative PR industry trade journal. As I mentioned in an earlier post, FEMA got in a lot of trouble over a fake press conference a while back. PR ain't rocket science- it seems to me they could head off a lot of problems by increasing their transparency and engaging their constituents and coalitions more often and more effectively

Anyhoo, here is a link to the article: Who Wants a FEMA Blog? The Time Has Come to Teach an Old Dog New Media Tricks Be sure to check out the good looking dude in the pic!

And...also adding to my good mood is the come-from-behind victory my beloved Chicago Bears pulled off yesterday over the Denver Broncos. Go Bears! 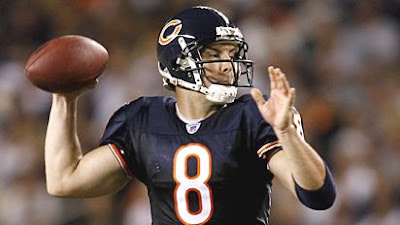 After reading my last post, I decided it's time to find some reasons the web 2.0 might be an unsustainable bubble.

Reason #1: not enough ad dollars to go around...

From StrategyEye (a newsletter I recommend subscribing too):

Publicis CEO Maurice Levy is warning that too many new media companies are relying on advertising for their business model, reports the FT. "Everyone is seeing advertising as the manna," says Levy. "Far too many people are building plans based on advertising and they may well be disappointed because there is not enough money for everyone." Levy likened the growth of web 2.0 businesses to that of internet companies prior to the dotcom bust. "Now everyone building a Web 2.0 operation believes he will receive the advertising," he says. IAC/InteractiveCorp chairman Barry Diller, meanwhile, says that Microsoft's USD240m investment for a 1.6% stake in Facebook reflected not as much a USD15bn valuation of the site, as a strategy by Microsoft to prevent Google from snatching the stake. "If it's real money it's insane," he says. Paris-based Publicis has made several acquisitions to boost its digital marketing portfolio in the past year, of which the largest deal was its takeover of Digitas in Dec 2006 for USD1.3bn.

Link to An Interesting Article

I couldn't find a more creative title than that...so you'll just have to bear with me. I've been browsing through my feedreader and want to share an article I found interesting...

Steve Rubel has decided not to drink the Kool-aid. And I quote:

1) Study History - The history books are littered with manias (both financial and otherwise) that followed by reality setting in. The dot-com crash, of course, is only one. There are many others. Study them. Humans created human nature.

2) Diversify Your Sources of Information - God bless Techmeme. It does a fantastic job of tracking what the blogosphere is thinking about. But what if the global brain is dumb? Diversify your sources of information. Seek out those who at first you may disagree with. Nicholas Carr and Robert Cringley are two to start with. Find new blogs, ideally those written outside of SillyCon Valley and consider what they say.

3) Question Conventional Wisdom - Conventional wisdom is always right, right? Not. Read Freakonomics. If a lot of people start saying something is true, look behind the curtain and poke at what's there.

4) Don't Ignore Data - I didn't think it would ever matter, but my lack of love for math makes me wish I spent a little more time in school. Today, data rules. I am reading an awesome book on this subject called Super Crunchers. Skip what pundits are forecasting and look for hard trend data that shows how people are interacting with the Net. I keep a good collection here. Also take a look at Google Trends too. It conveys a lot about our interests. Notice how Second Life searches, for example, plummeted.

5) Talk to Real Humans - One of my favorite bloggers is Dwight Silverman. (I used to pitch Dwight during the Web 1.0 era.) Hailing from Houston, Dwight has seen many technologies come and go over the years. He constantly reminds me in public and private conversations to talk to real people - from Iowa or Planet Houston. When some of my colleagues started telling me to do the same, I got with the program. Do your sister or brother's friends Twitter? Probably not. Now that doesn't make it unimportant. Why? Because they all Google. Talk to both humans and geeks for broader perspective.